For more than a decade, Three Sisters Irrigation District has teamed up with government and conservation organizations to invest in irrigation modernization improvements that increase water delivery to farms and ranches, improve stream flow, help restore fish habitat, save energy and produce hydropower.

The district transformed more than one-half of its open canal systems to efficient pressurized pipes that deliver water to 75 farms, eliminating irrigation pumps and saving about 5 million kilowatt hours of electricity annually. Overall, the piping and restoration work conserved 28.2 cubic feet per second of water, enough to fill 24 Olympic-size swimming pools each day during the irrigation season, from April to September.

With key piping phases complete, the district embarked on a Main Canal Pipeline Project, which included installing a 700-kilowatt hydropower plant at the end of the main pipeline at the Watson Reservoir. In 2014, Energy Trust provided a $1 million cash incentive for the hydropower system, which is expected to generate about 3.1 million kilowatt hours of electricity annually, enough to power 275 average Oregon homes a year.

The Swalley Main Canal Piping Projects (Phases # 1-6 and a few other smaller lateral projects) permanently restored ~43 cfs to the middle Deschutes River. That’s over 10 billion gallons of water per year saved! To date, we have contracted the largest conserved water transfer project in the state of Oregon. Our projects have greatly improved streamflow and water quality for local fisheries and another aquatic habitat on the Deschutes River. The accompanying hydroelectric plant that we built in 2009-2010 (shown below) powers ~250 households and businesses in the Old-Mill District and Southern Crossing District of Bend, OR with low-impact, fish-friendly, green, renewable energy. The Deschutes River Conservancy, Energy Trust of Oregon, Farmers Conservation Alliance, Oregon Watershed Enhancement Board, DEQ, and many others are key partners in many of our major projects.

Swalley hydropower operations are incidental to on-farm water deliveries, so green, renewable electricity is only being created when we are delivering water to our water users. When people don’t need irrigation water, renewable energy operations are ramped down. As an added benefit of owning and operating a hydro power plant, the District’s operations are now carbon negative. 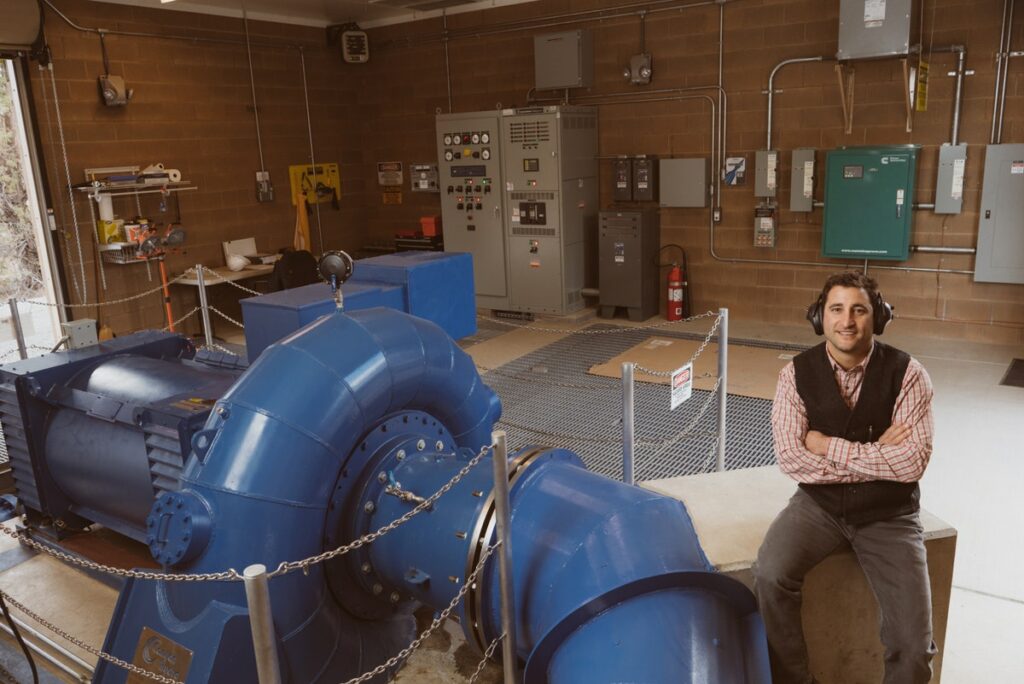 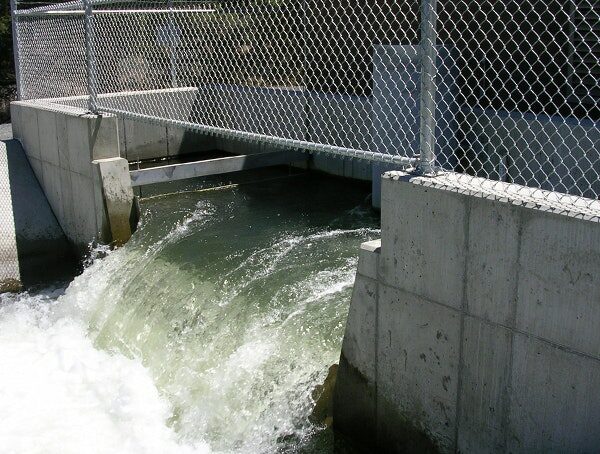